We were soooo excited last night when we got an email from Kevin Doran with KSTP about shooting a showcase spotlight with him for our new MN State Fair treat...the retro La La Palooza! Many of you might remember this Sundae from being popular when you were a child and either sharing it with the whole family or trying to eat it by yourself to earn a button! 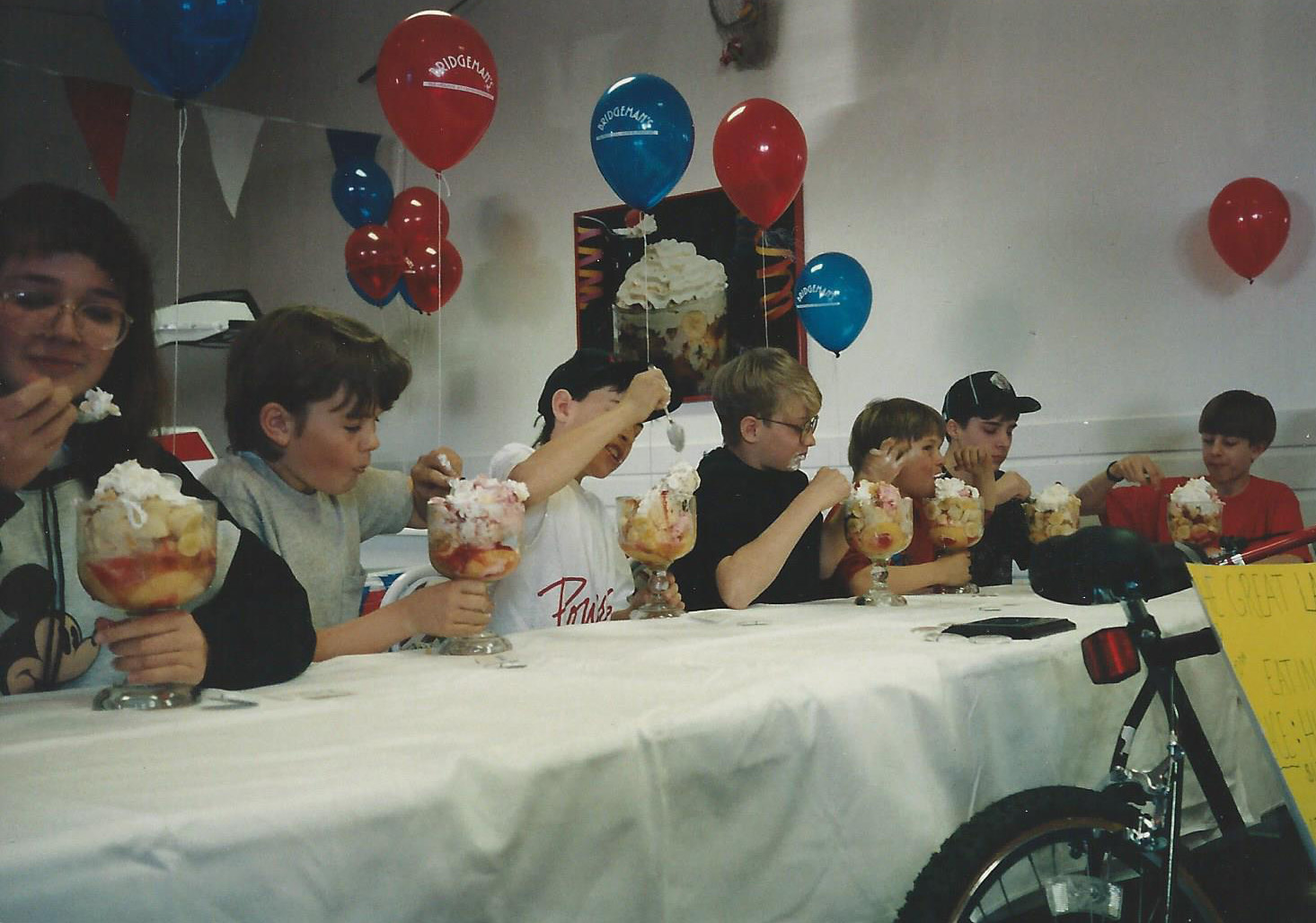 We had 24 hours to throw together a plan and it was a super exciting process.  We had just finished cleaning up our ice cream trailer from being at the Basilicia Block Party and thought it was the perfect place to film so everyone would recognize us at the State Fair! (If you are curious, our trailer will be at the corner of Judson and Liggett across from the Coliseum. Click here for map).  We collected some historical pictures of some old Bridgeman's locations as well as some old La La Palooza eating contests to share.  We packed up our 36oz plastic goblets, grabbed some tubs of ice cream, collected all of our toppings (which is quite the list for a La La) and got all set up!

(All the toppings that go into a La La Palooza Sundae in a 36 oz Goblet!)

We got the trailer cooled down, our toppings and buttons sat out and waited to meet Kevin Doran!  Once he showed up with his camera guy we were able to discuss Bridgeman's history, our new ownership, where we want to take the company and why we decided to bring the La La Palooza back for the MN State Fair.  He was a really nice guy and had some great ideas as to what to film for our spotlight. After we started, two of Brian's kids came out (Emily and Noelle) and they were having a blast watching us film.  They were so excited when Kevin said he wanted to include them in it and eat a La La Palooza with them.  The girls were THRILLED!  It was so fun watching them banter back and forth with him while trying to take down the entire 8 scoop sundae with double servings+ in toppings.  We were very impressed when they finished the entire thing (when really we could have probably dumped out the last half and no one would have known the difference when watching the segment).  Kevin and the girls definitely earned their "I Ate a La La Palooza" buttons! Stay tuned for it to air this Thursday night on the news on KSTP!

(The girls getting all mic'd up!) 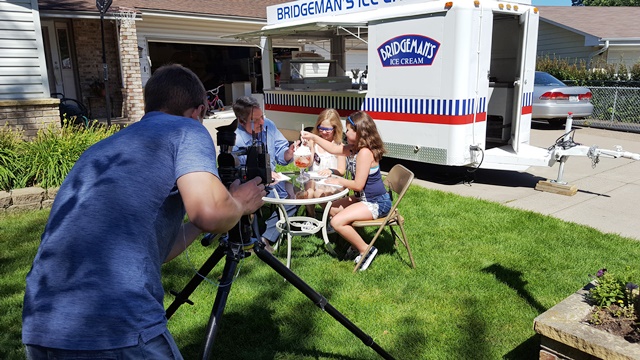