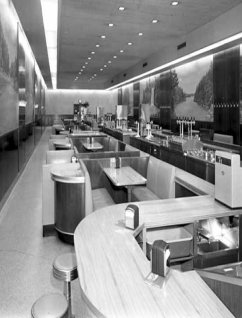 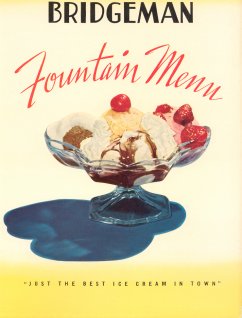 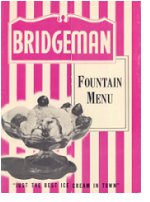 Back in 1883, in Duluth Minnesota, an enterprising young man named Henry Bridgeman began peddling fresh milk, home to home, from a goat cart. Through hard work, persistence, quality products, and a little luck, his business grew into the largest dairy concern in the Midwest.

In 1936, Henry’s sons, Chester and Roy Bridgeman decided to strike out on their own and opened the original Bridgeman's Ice Cream Shoppe®. Their adventure was met with disbelief. Why would anyone open an ice cream shoppe in Minnesota? What about the Depression?  But with hard work, persistence and of course, Bridgeman’s Ice Cream, they opened not only one, but six Bridgeman Ice Cream Shoppes® in eighteen months.

Since our early days the name Bridgeman’s has been synonymous with premium ice cream, fabulous ice cream treats and great customer service.